Ahmed Aly
Add Comment
Economics.
Pakistan, at the time of independence in 1947,had two wings East Pakistan and west Pakistan. The distance between the two parts was 1000 miles by land and 2500 miles by sea. In the former east Pakistan, inland water transport was the main mode of transport, whereas in west Pakistan railways and roads carried the bulk of both passenger and freighttraffic. 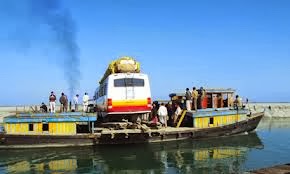 The development of water transport was given weightage in the five year plans of Pakistan because (1) 75% of the total transport was carried by inland waterways in former east Pakistan. (2) The goods as well as the passengers were to be carried between the two wings by sea. (3) The international trade was also to be handled by the ships.
Realizing the role of water transport in the socio-economic development of the country, the government of Pakistan set up national Shipping Corporation in 1963. The NSC took up the programme of expansion and improvement of the assets. The PNSC at present has 10 ships which handled 628,409 metric tons.
In order to expand and improve the merchant fleet, the government nationalized all private shipping companies on January 1, 1974, and formed Pakistan. National shipping corporation. A board of
management was appointed for handling the affairs of PNSC . the national shipping corporation (1663) which was already in public sector was managed by a separate board. The government merged Pakistan shipping corporation and national shipping corporation into one corporation on January 1, 1979.
There are present two ports which are handling both passenger and freight traffic. The third is gowadar port which has been completed and has started its operation in march 2008.
Development project & ports
3.   Gawadar port. Gawadar port sea port is the third port of Pakistan. It is at a distance of about 460km from Karachi. It started its commercial operation in march 2008. A total cargo of 541.2 million tons has been handled in 2012.
Tweet

Title : Water transport in Pakistan
Description : Pakistan, at the time of independence in 1947, had two wings East Pakistan and west Pakistan. The distance between the two parts was 10...
Rating : 5

0 Response to "Water transport in Pakistan "