Ahmed Aly
Add Comment
Science.
You might have observed that human being have many similarities and differences, for example, in height,variation. Variation are due to hereditary and non-hereditary characteristics. Characteristics, which are passed from parents to offspring are called hereditary character. E.g. eye colour, hair colour, tongue rolling etc. in human beings. Non hereditary character are those which are not transferred to offspring, for example, parents habits and loss of any body part of a person due to disease, accident etc.
weight, colour and other body features. One can differentiate between individuals due to these characteristics. The differences shown by the individuals of one kind of organism are called 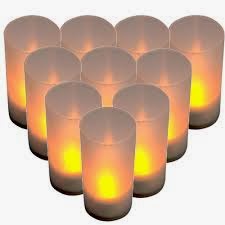 In general the term variation means the differences in characteristics of organism belonging to the same species in a natural population.
Two types of variations, i.e. continuous and discontinuous, occur in any large population. In continuous variation, there are small differences among individuals of the same species and many intermediate forms discontinuousvariation,  there are sharp differences among the individuals of a species e.g., tongue rolling, blood groups in man etc, which do not show any intermediate forms. Characteristics shoeing this type of variation are usually controlled are one or two major genes which may have two or more allelic forms and their phenotypic expression is unaffected by environmental conditions.
are seen. So there is a complete graduation of many characteristics of organism from one extreme to the other in a population. E.g. height in human being. Characteristics showing continuous variation are produced due to combined effect of many genes and environmental factors. In
As a result of these variations, no two organism are phenotypic ally identical. In asexually reproducing organisms, there is a little possibility of variation. Any apparent variation between these organisms is certainly the result of environmental influences. Great variety of variation occurs in sexually reproducing organisms. Crossing over the independent assortment during meiosis and random fusion of gametes in fertilization are the important sources of genetic variation in population. The variation in organism produced by these sources is not under influence of environment. The environment effects at a later stage. In addition, another important primary source of variation among organism is mutation. These variations which occur due to change in the genetic material that have occured  gradually and continuously since the life started on earth. These variations are hereditable as these are  passed from parents to their offspring in sexual reproduction. These hereditable variations are the new material for evolution.
Tweet

Title : VARIATION
Description : You might have observed that human being have many similarities and differences, for example, in height, variation. Variation are due to her...
Rating : 5