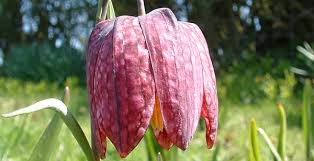 The other theory is that although abundant supplies of natural resources do assist economic growth, but they are neither sufficient to ensure growth for always necessary for it. It is difficult to find a correlation between the natural resources of a country and its stages of development.
For instance, former USSR, Argentina before 1990’s. India, Pakistan etc., have large supplies of natural resources but their economic growth performance is not satisfactory in the less developed countries, the natural resources are either unutilized, under utilized or misutilized.
On the other hand, Japan is deficient in natural resources. It imports most of the natural resources that it uses as inputs for industrial production. Brazil has huge amounts of natural resources, yet brazil has a much lower per capita income than Japan. The fact is that natural resources by themselves are not particularly useful for economic development. They can be developed through improved technology and increase in knowledge, Switzerland, Singapore, Hong Kong, Taiwan , Korea, since the end of world war-it, have achieved rapid rates of economic growth based on human capital and entrepreneurial ability.
Human capital investment or human capital formation improves the quality of a population as measured by its skills, education, and health. It shifts the production function upward by improving the know how and basic skill of the labour force. Investment in human capital compared  to investment in physical resources, thus is vital and more important in influencing a nations economic and social progress.
Technology change  the recent researches also suggest that the physical resources should not be devoted entirely on the production of goods for immediate consumption. They should be saved and utilized for bringing technological change in the country. The technological change is brought about by discovering and implementation of new ways to produce goods and services. In all the advanced countries of the world, rapid economic progress has been made by invention of new goods and services.
In short, we can say that the sources of economic growth in developing countries are not different from those that apply in the developed country. It is the investment in human capital and appropriate technology along with proper utilization of available natural resources which increase the ability of the economy to the grow at a rapid rate.
Tweet