Ahmed Aly
Add Comment
Science.
Genetic engineering is a technology of gene DNA manipulation in lab for human welfare. It has brought revolution in all life sciences. DNA has become a molecular toy in our hand. We can remove or insert any piece of DNA at a specific site in genome. Malfunctioning genes can be cut and remove, healthy normal genes can be introduced. 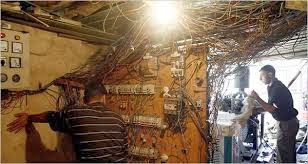 DNA is cut by molecular scissors called restriction enzymes or restriction endonucleases, which cut DNA by making some bases at the ends unpaired, that makes the end sticky. These are obtained from bacteria.
WHAT IS GENETRANSPLANTED?
Gene identified for specific proteins are cut and isolated in a tube from  a source DNA. Source DNA may be humans, other mammals or plants. Source is the genetic donor. The isolated gene is first inserted into a vector. Vectors are carrier molecules for carrying the gene to a suitable host bacterium. The most commonly used vectorsare plasmids. Plasmids are small circular DNA molecules present in the bacteria. Plasmids are placed in a solution containing the desired gene, imagine what will happen when an end nuclease is introduced in the same solution. It will at open the plasmid ring with its sticky ends exposed . the complementary sticky ends of the free gene will attach with open ends of plasmid by forming hydrogen bonds. Plasmid ring will close again. Another bacterial enzymes ligase serves as molecular glue. It will seal the ends. Now the gene has been inserted / spliced in plasmid. Plasmid becomes a recombinant DNA after incorporating / splicing another DNA.
A DNA molecule formed from DNA’s of different organism is called recombinant DNA.
Now bacteria are chosen as host for cloning this gene. They are exposed to recombinant plasmids. Bacteria take the plasmid in and become recombinant microbes. The bacteria reproduce into a large number of offspring each receiving a copy of gene. It maintains the foreign gene through multiple generations. In this way multiplication of cloning host amplify the gene. The transplanted gene starts expressing itself in the host. Bacteria make the protein specified by the foreign gene.
APPLICATION OFGENETIC ENGINEERING
Genetic engineering is so useful that several billion dollar industry is based on it pharmaceutical companies
manufacture hormones, enzymes, and vaccines through it. These products are cannot be manufactured by any other means. Human insulin for diabetics , human growth hormone for dwarf children, vaccines for hepatitis B and aids patients, and human interferon for cancer are successfully made for bacteria.
Tweet

Title : GENETIC ENGINEERING
Description : Genetic engineering is a technology of gene DNA manipulation in lab for human welfare. It has brought revolution in all life sciences. DNA ...
Rating : 5