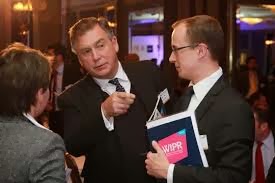 What is multinational corporation (MNC)?
A multinational corporation can simply be defined as a corporation or enterprice that owns and controls productive activities in more than one country.
Many of the MNC’s have annual sale volumes larger  than those of the entire GNP’s of the developing nations. The role and impact of foreign private investment is controversial. The main points given for and against the development impact of MNC’s are summed up as under.
Case for privateforeign investment. (PFI)
(1)                the foreign private investment is desired to fill the saving gap for achieving the targeted growth rate.
(2)                An inflow of foreign capital can help in reducing the foreign exchange trade gap.
(3)                The developing countries con mobilize the financial resources by taxing MNC’s profits.
(4)                The foreign firms can also help in filling the gap in management, entrepreneurship, technology and skills.
(5)                The foreign private investment adds more value added to out-put of the L.D.C’s (less developed countries).
Arguments against PFI.
(1)              although MNC;s provide capital, it may result in lowering domestic savings and investment rates by stifling competition by production agreements with the host government.
(2)              They may inhibit the expansion of domestic firms by importing intermediate goods rather than getting from indigenous firms.
(3)              The intermediate goods imported by MNC;s incur high intesret costs on capital borrowed by both governments.
(4)              The repatriation of profits, interest, royalties, management fees by the MNC’s can worsen the capital accounts rather than improving the balance of payment position.
(5)              The MNC;s do contribute to the public revenue of the host government but the liberal tax concession, excessive investment allowances, traffic protection, etc. get much rebate and so their contribution to the exchequer is not very much.
(6)              The MNC’s dominance of the local markets stifles the growth of indigenous entrepreneurs.
(7)              The impact on development of the host country is also uneven. These MNC’s worsen the imbalance between rural and urban economic opportunities by establishing industries primarily in urban areas. This leads to rapid flow of rural urban migration.
(8)              The MNC’s prefer to produce goods consumed by the middle and rich population. They stimulate inappropriate consumption patterns through advertising.
(9)              The MNC’s use their economic power to influence government policies to their advantage.
(10)          The operations of MNC’s are mostly monopolistic and oligopolistic.
(11)          The MNC’s are also blamed for exerting considerable influence on the political decisions at all level. These also corrupt public official at the highest level. They also contribute to friendly political parties of the host country.
Reconciling the pros and cons.
The private foreign investment can be an appropriate stimulus to the economic and social
development of the host government provides these glants (MNC’s) are chained to safe limits and are harnessed in the best interest of the country. The following measures can be taken for controlling these glants of development (MNC’s).
(1)      limits on profit repatriation. The amounts of profit may be restricted to a reasonable rate of return on the company’s initial investment or on the amount of original capital it brings into the country.
(2)      Local partners. The country may insists that foreign investors take local investors as partners so as to increase local influence over the production and distribution patterns of the foreigners.
(3)      Local value added. The MNC’s be asked to manufacture local value added spare parts machinery to says foreign exchange.
(4)      Export requirements. It may also be binding for the MNC’s that only a certain portion of the foreign company’s out put is to be exported. Pakistan is receiving foreign private investment through a number of MNC’s Pakistan received foreign private investment amounting to $6 billion in 2005-07.
Tweet