Ahmed Aly
Add Comment
Economics.
Pakistan, like otherless developed countries, is caught up in the vicious circle of poverty. Since partition, the government of Pakistan has been anxious to raise the standard of living of the people but it has no yet been able to come out of the boggy of  poverty. On the other side, the developed countries are growing at a fast speed they have a set of favorable conditions for growth. The gap between  the developed and the developing countries is widening instead of narrowing in order to overcome the shortcoming of market mechanism and to push up the tempo  of development, the government of Pakistan has drawn up eight five year plans. Some of the plans did succeed in raising industrial and agriculture production but the overall performance of the plans is discouraging. The main factors which have inhibited partially or wholly effective planning in Pakistan are as follows;. 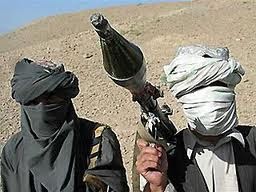 (1).Lack of basic data. In order to draw a comprehensive and realistic plan, the accurate statistical information about the existing conditions of the economy should be available to the planners. In Pakistan the data on natural , human and financial resources provided to the planning machinery are mostly inaccurate and unreliable . If the data are obsolete or contain wide margins of error, the objectives of the plans would not be achieved and the plan would end in failure.
(2).Appointment of non-technical persons. Another important factor standing in the way of effective planning in Pakistan is the appointment of non technical person In drawing up and execution of the plans. In the entire history of planning commission, (except for ten years) of Pakistan, the planning commission has been headed by a senior member of the civil services, rather then by a professional economist.
(3).Lack of public co-operation. Lack of public co-operation and mistrust of the government has remained an important hurdle to effective planning in Pakistan. The planning machinery has not been able to enlist the co-operation, support and enthusiasm the people for the implementation of the plans.
(4).Political instability. Another major bottleneck to effective planning is the political instability in Pakistan. The rapid change overs of the government set up, has led to unplanned, haphazard economic growth. The uncertainties of the election results have hindered and slowed down the rate of economic development in the country and have made the plans mostly ineffective.
(5).Role of foreign assistance. Pakistan has been relying on foreign aid for quickening the tempo of
economic development since the first day of economic planning in Pakistan. The loan giving countries do not finance the project of the developing countries for philanthropic motive. They have their political and economic interests so long the interest between the aid giving countries and the aid receiving countries do not conflict, the aid is given. As and when ;the interest of the two clash, the aid is immediately stopped or reduced Pakistan aid has been curtailed many a times in the past and the achievement of the plans fell short of expectations.
(6).natural calamities. Agriculture is the backbone of our country. It now contribute 21% to GDP, account for 65% of foreign exchange earning and engages 45% of the labour force. If in any year or any years, the rain is untimely, weather unfavorable or locusts storm attacks the standing crop, the agriculture production falls short of the target The sectorial allocation in the plan then have to be revised which upsets the whole programme of planning.
(7).Dualism. Dualism is another important constraint on the effective planning in Pakistan. The difference in social customs, difference of technology and a gap in the level of per capita income between the four provinces of the country, have stood in the way of effective planning in Pakistan.
(8).Ambitious plan. If we look at the objectives of all the eight five year plans, we will find them too ambitious. They are not properly phased in time. When the objectives of plans are partially achieved it create discontentment among the people and reduce the usefulness of the development plans.
Tweet

Title : FACTORS INHIBITING EFFECTIVE PLANNING OF PAKISTAN
Description : Pakistan, like otherless developed countries, is caught up in the vicious circle of poverty. Since partition, the government of Pakistan ha...
Rating : 5