Ahmed Aly
Add Comment
Economics.
(A)   WHAT IS ECONOMIC GROWTH?
Economic growth, economic welfare, total welfare and economic development were used to convey the samemeaning in 1950’s and 1970’s. However, the terms ‘economic growth’ and economic
development have different meanings and importance in economic li8terature. 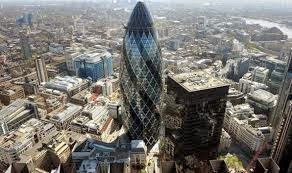 MEANING OF ECONOMICGROWTH?
The meaning and importance of economic growth is a vital issue in economics. Economic growth is often defined as a continuous increase in the real value of the production of goods and services. According to Kuznets, economic growth may be defined as a long term process wherein the substantial and sustained rise in real national income, total population and real per capita income takes place. In the words of Michael tadaro, economic growth is a steady process by which the productive capacity of the economy is increased overtime to bring about rising levels of national out put and income.
ELEMENTS OF ECONOMICGROWTH.
The definitions of economic growth clearly bring out the following elements of economic growth.
(1)   LONG TERM PROCESS. Economic growth is a long run process involving a period of decades.
A short term increase in national income for a few years is not considered an economic growth.
(2)   RISE IN REAL PER CAPITA INCOME. Economic growth is accompanied by substantial rise in real per capita income. This can be possible only if the real growth in income is higher than the rate of growth of population over a long period of time.
(3)   RISE IN PRODUCTIVITY. Economic growth is always associated with substantial rise in productive capacity of the economy. The rise in real output can be achieved by proper utilization of natural and human resources and better techniques of production in all sectors of the economy.
(4)   GREATER EQUILITY. There should be greater equality in the distribution of income and reduction of unemployment in the country.
SOURCES OF ECONOMIC GROWTH
Economic growth as we have stated earlier, is the production of more goods and services over the years. Economic growth can be achieved through two main sources. (1) supply factors and (2) demand factors. Supply factors relate to the physical ability of an economy to grow. Production can be increased by using more factors of production (land, labour, capital and enterprise) and by using exciting recourses more efficiently with an improvement in technology. The second source of economic growth is to create increased demand for goods and services. The aggregate demand can be increased if there is additional spending by households, by private firms for investment ,by government purchases of goods and services and exports minus imports.
ECONOMIC GROWTH AND THE PRODUCTION POSSIBILITY CURKVE
Economic growth means a sustained increase in the real value of production of goods and services in a period of time. The production possibility curve shows the different maximum possible combination of quantities of capital and consumer goods which it can produce with a given amount of productive resources like, land, labour, and capital equipment and exciting state of technology.
Tweet