Bilingualism is recognized wherever a native speaker of one language makes us of a second language, however, partially or imperfectly. The person who has complete mastery of the two languages and makes use of both the languages, is an ambilingual. True ambilingual speakers are rare. Most people whom we think of as bilingual restrict at least one of their languages to certain sues; and in any given use, one or the other languages tends to predominate. In the world, there are probably millions of people who speak English as second language with a high degree of bilingualism. Even those who have learnt two languages from birth rarely perform all languages activities in both with equal extremity. 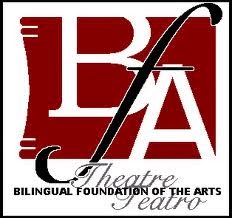 Some bilingual speakers, including some who are ambilingual, can be said to have two native languages. Then, there is no exact criterion for the first language (L1) and the second language (L2), but one can say arbitrarily that any language learnt by the child before the age of instruction, from parents, from others, such as a nurse or from other children, is an L1. it is clear, however, that only a small proportion of those who learn two or more languages in this way (as said above) become bilingual speakers; and conversely, not all ambilinguals have two L1s. it is a fact that those with two L1s are usually not true ambilibguals; that they have usually specialized their two native languages into different uses.
Language such as English in which widely learnt as a second language in Pakistan, it is a special cause only in the sense that it is being learnt by large numbers of people and for a very wide range of purposes. In any serious study of the problems and methods of teaching English as a second language it is important to find out what these purposes are, and how they differ in different areas and according to the needs of different individuals. Possibly the major aim that is common to all areas of the world where English is taught as L2 is that of its use in the study of science and technology. But there are numerous other aims; educational, administrative, legal, commercial and so on, variously weighted and pursued in different countries.
Position in Pakistan
we have to study English as a second language because urdu, our national language, is under develop for the teaching of modern sciences. Moreover, English affords in effective mean of establishingrelationship with the rest of the world. Besides English, our students have to study Arabic which is compulsory upto the middle standard. Along with these languages some of the province have started their regional languages.
Tweet

Title : BILINGUALISM
Description : Bilingualism is recognized wherever a native speaker of one language makes us of a second language, however, partially or imperfectly. The ...
Rating : 5